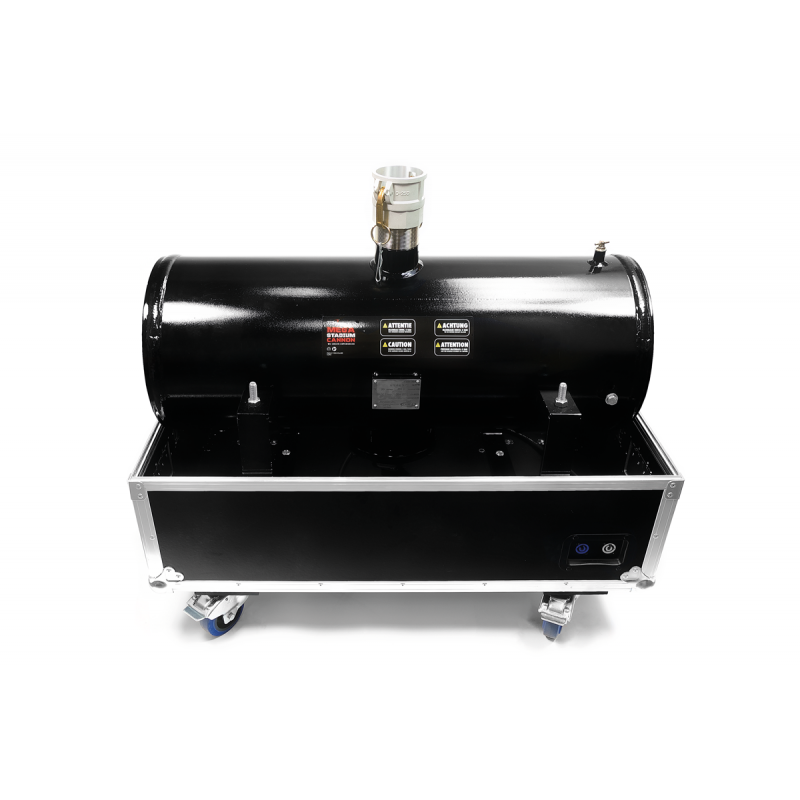 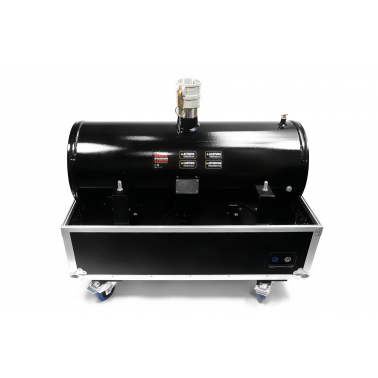 Stadium Cannon confetti machine. This is a very powerful tripping system that works electrically and connected to an air compressor. Ideal for launching confetti or large streamers. For the rental you have to fill in the form below.

The Confetti Stadium Cannon machine is perfect for large events where there is a multitude of attendees and you need to create a strong effect through confetti and streamers, such as concerts or celebrations that take place in large outdoor spaces.

It is essential that the environment is open since this device is very powerful. Their load capacity as well as the shot are very high, so it should be considered that, depending on the consumable used (streamers or confetti), these will be launched with a prominent force.

The Stadium Cannon confetti machine is one of the most powerful on the market, assuming a great alternative of point shooting since it works with an air accumulator powered by a compressor. In addition, it uses an electric control system, providing a powerful shot of streamers or confetti.

As already mentioned, we will only use it for exteriors.

The tube of confetti and streamers is large and wide, so that they fit a large number of streamers that will depend on the size used as well as between 2 and 4 kg of professional confetti. In the following section we will explain the load that we will have to use depending on the content that we introduce in the device.

Regarding the content for the Stadium Cannon confetti machine, we will comment in a concrete way the basic indications on each load since, depending on whether we use confetti or streamers, we will follow some recommendations.

Streamers: Because of the distance and the shot power, it is recommended to use the 20 meters ones because it will generate a much more impressive effect, although 5 or 10 meters are also compatible.

Confetti: Any type of confetti can be used, it should only be inserted inside the tube and it will work with a volume between 2 and 4 kg.