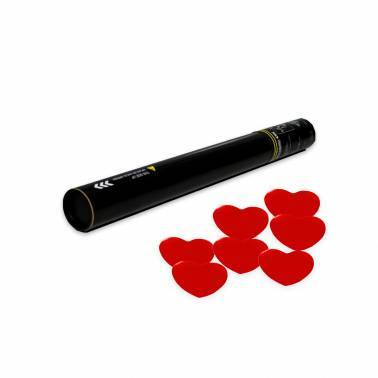 50 cm. handheld cannon loaded with confetti in the form of hearts. It is operated manually by turning the bottom of the tube.

50 cm. handheld launcher loaded with paper hearts confetti and / or metallic (available in different colors). The confetti in paper finish has a slower fall when compared to the fall of the metallic, since it weighs less. Instead, the metallic confetti has an aesthetically beautiful glitter finish.

To achieve the best effect, it is recommended to use handheld confetti cannons in large spaces where we have at least 4 meters high between the ceiling and the ground. This launcher shoots the confetti at an approximate height of about 7/8 meters. It is recommended that the launch with the cannon be done vertically since the confetti will rise higher and take longer to fall. However, we can also orient it diagonally to direct it towards the public. 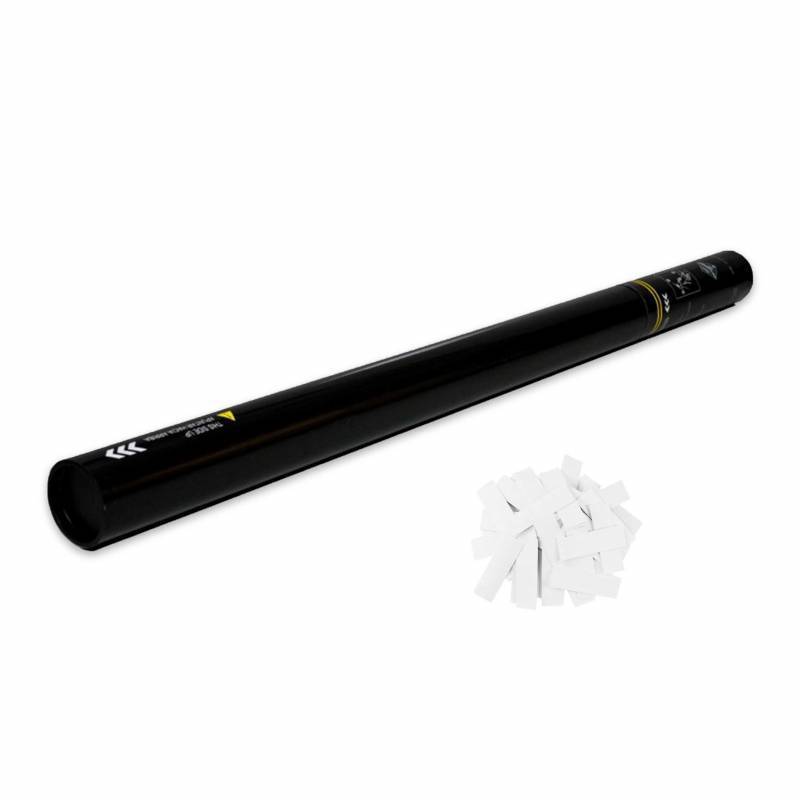 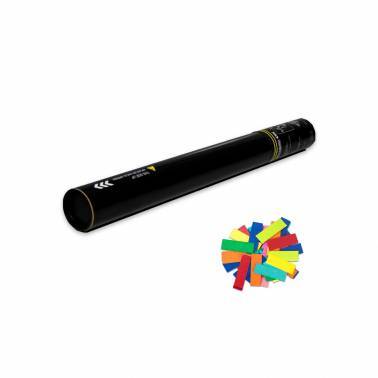 Price €6.40
50 cm. hanheld confetti cannon The included confetti can be paper or metalized, with a size of 2 centimeters wide and 5 long as well as being able... 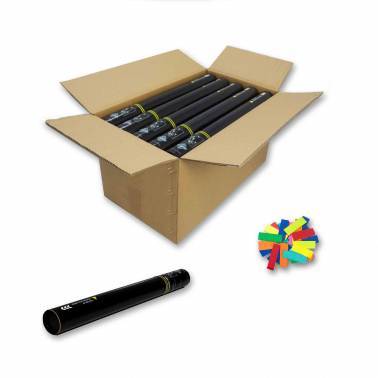 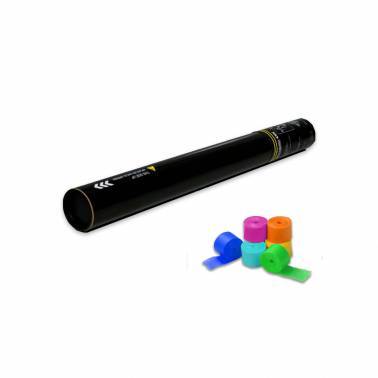 Price €7.25
50 cm. streamer paper handheld cannon With paper streamers of 0.85 cm wide x 5 meters long. It is operated manually by turning the bottom of the... 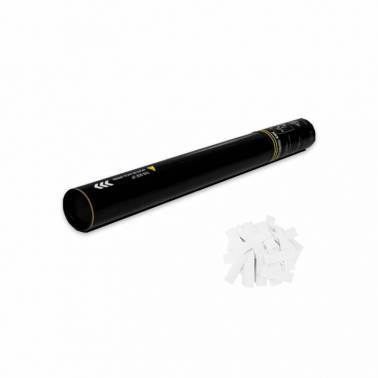